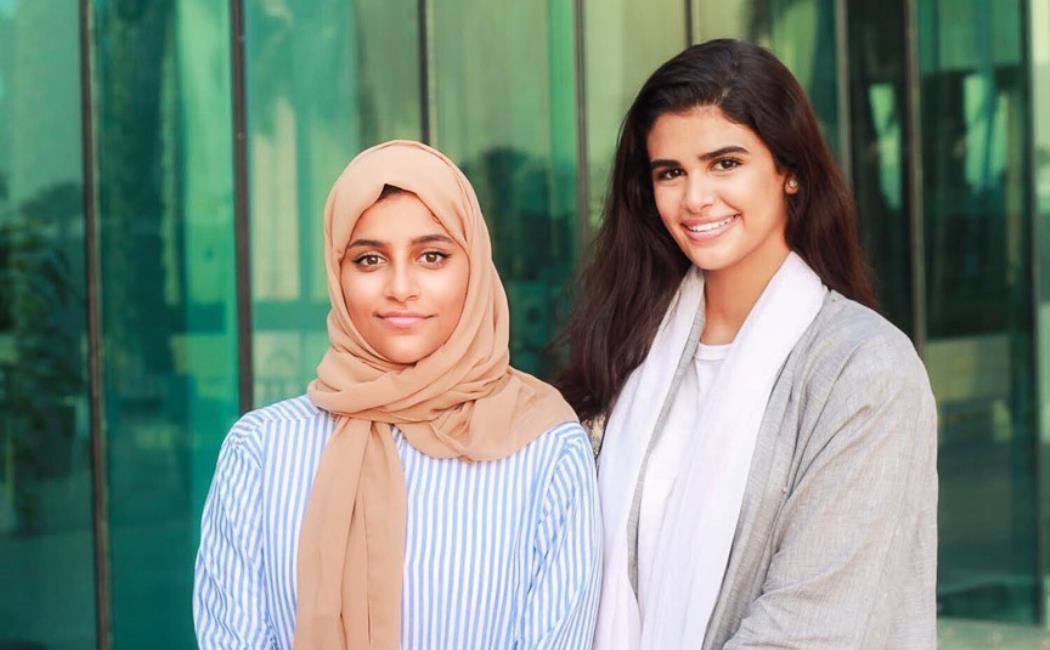 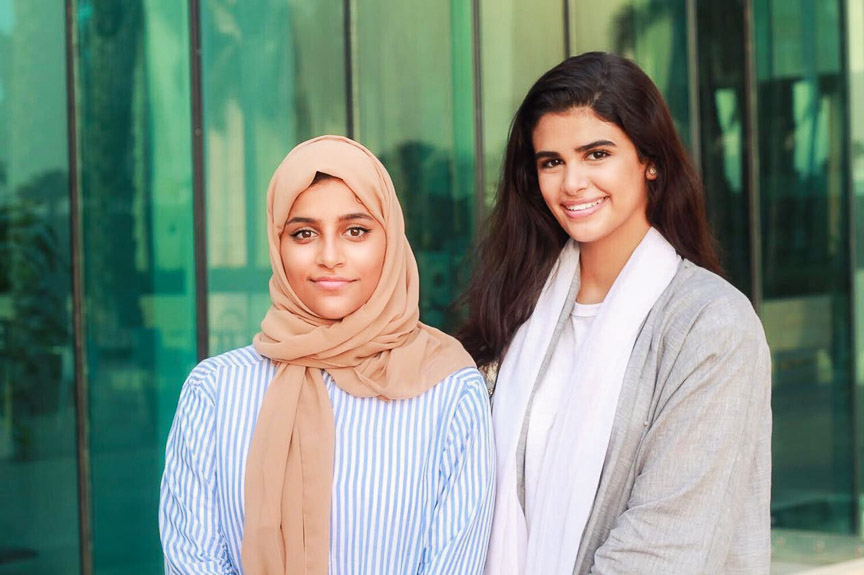 Young and ambitious Deemah AlAshban and Zainab Al-Abdullatif are completing their 6-week SRSI internship at ANPERC. The 11-grade students, who both hail from Saudi Arabia's Eastern Province, belong to the country's top students, sitting through tough exams in order to win the Saudi Research Science Institute (SRSI) grant. The SRSI grant is a summer research program and aims to support and inspire the next generation of Saudi Arabian scientists.

Before coming to KAUST both students had only read about the community. "It's better than I expected. I am an admirer of beautiful architecture. Here we are surrounded by quintessential modern architecture, which is a pleasure to the eyes. Also the community is really friendly and welcoming", says Deemah. "I've realized that KAUST is far more than the academic fields. I arrived with a great astonishment of the architecture all around the campus, the people who work here, and the general atmosphere. KAUST is a place that I don't want to leave. It gives a feel of freedom and taste that makes it more special than it actually is" adds Zainab.

Under the supervision of Associate Professor Hussein Hoteit, Zainab and Deemah are working on ambitious research projects in the oil and gas field. Zainab: "I work on a project about enhancing the recovery of oil using carbon dioxide. This is beneficial because it helps in extracting a great amount of oil barrels, as well as decreasing carbon dioxide emissions resulting in a safer atmosphere. Reservoir simulation is a powerful tool that is commonly utilized in the industry to optimize production and reduce costs. The objective of this project is to use a reservoir simulator to propose a recovery plan to develop an oil field, and to test the potential of trapping carbon dioxide into a reservoir."

Deemah: "My research title is 'Design of hydraulic fracture and well configuration in unconventional gas reservoirs' and uses the method of hydraulic fracturing. This is a drilling process that produces ruptures in the surrounding rocks in order to stimulate the flow of natural gas, by injecting fluids, such as water, at high pressure. My objective is to find the optimum well design to maximize gas production and to explore the potential to use the deleted reservoir as a permanent storage for CO2 gas. CO2 storage in the subsurface could be an effective technology to reduce green-house-gas emissions into the atmosphere. My project is motivated by the Kingdom's 2030 vision to diversify the economy, promotes cleaner energy and contributes to the nation's commitment to the Paris Agreement to reduce CO2 emissions and combat climate change."

With these ambitious research projects, Deemah and Zainab are well on their way to change the Kingdom and the world. Although they still have one year to go at high school, both students already considered their future. Asked about their future plans Zainab shares: "I have been thinking about many directions that my career path could be. I've thought about being a neuro-surgeon, a psychologist, an architect, a petroleum engineer. However, I realized that I am interested in engineering as a whole, and hopefully for the next couple of years I will be a KGSP student studying with KAUST in a field that I am interested in." Deemah adds: "Many careers and future goals have crossed my mind. In the near future my goal is to study engineering in general. In addition, I would like to study law and political science as I have a great passion for politics and such. I believe I still have time to decide my path as I gain more knowledge every day."

We are certain we will hear much more about Zainab and Deemah in the future. ANPERC wishes both students well in their future endeavors!