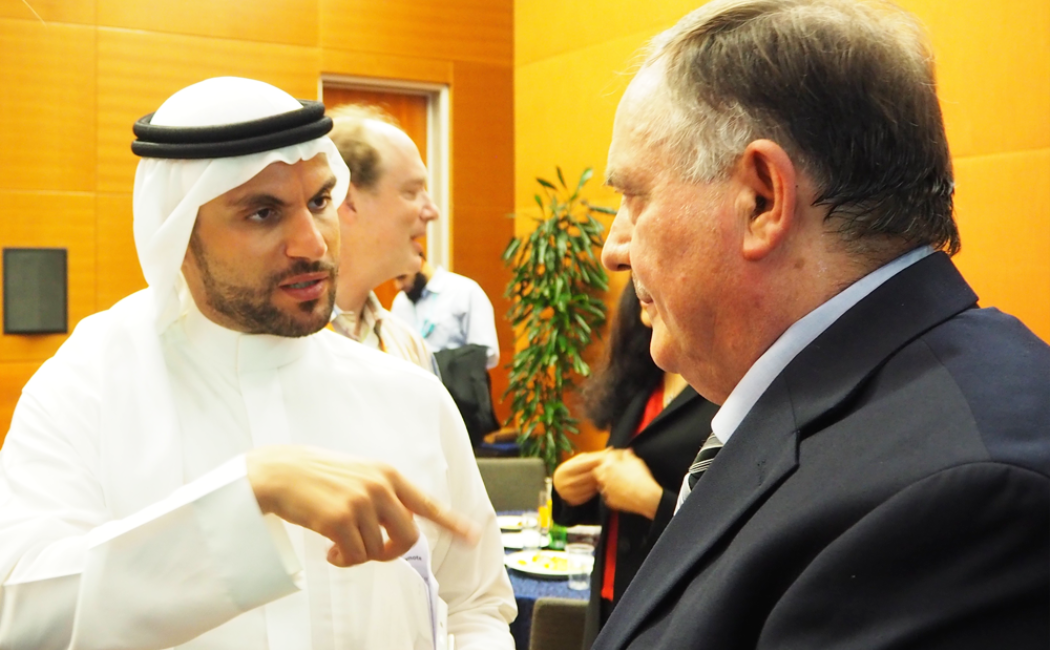 The second technical workshop hosted by ANPERC this spring was anything but ordinary.

Spirited exchange on the traditional assumptions made by engineers, physicists, geologists and geophysicists was the order of the day during the KAUST Athenaeum on Multiscale Imaging of Large Rock Volumes, held April 4-6, 2016 at KAUST.  Prof. Tad Patzek, Center Director of ANPERC and the workshop host, stated that in addition to challenging scientific assumptions, he hoped the event would result in the creation of “rudimentary dictionaries” that cross all of these disciplines.  “This is more important than ever, because today we must work across disciplines to find solutions to complex field problems.”

Styled on the same model as Prof. Santamarina’s workshop on Dissolution and Precipitation in February 2016, the KAUST 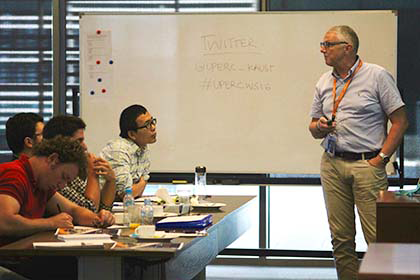 Athenaeum on Multiscale Imaging brought together a diverse mix of industry research experts like Mr. Al-Tawil, Dr. Mohammed Badri of Schlumberger, and Pål Eric-Øren of FEI Oil and Gas to work directly with faculty from across Europe, North America and KAUST and the Middle East conducting fundamental research in these topics.

Over the three-day period, the group challenged a great number of traditional assumptions about the technical challenges in modeling oil and gas reservoirs across multiple scales.  KAUST Professor Martin Mai presented on the topic of “Real-time Reservoir Modeling and Structural Imaging” with Dario Baturan, the Director of Technical Operations for the Oil and Gas Division of Nanometrics, a Canadian company with whom Mai has collaborated on research into ambient noise seismology and imaging temporal changes in Earth structure on various space-time scales. UT Austin Physics Professor Michael Marder also made a well-received talk on “Lessons from Physics on Transport Across Many Scales,” arguing that the relatively simple approach to “localization” by physicists in the 1950s-70s may present new frameworks for approaching multiscale transport problems confronting reservoir engineering research.  In his comments about the variables in modeling reservoirs across scales, Marder likened the challenge to meeting the expectations for a special birthday celebration:  “You can get the cake, the presents, the balloons and everything else right, but if you forget the flowers the whole day is a complete failure!”

Among these highlights was the keynote dinner lecture, presented by Dr. Ali Dogru.  Dr. Dogru, who leads Reservoir 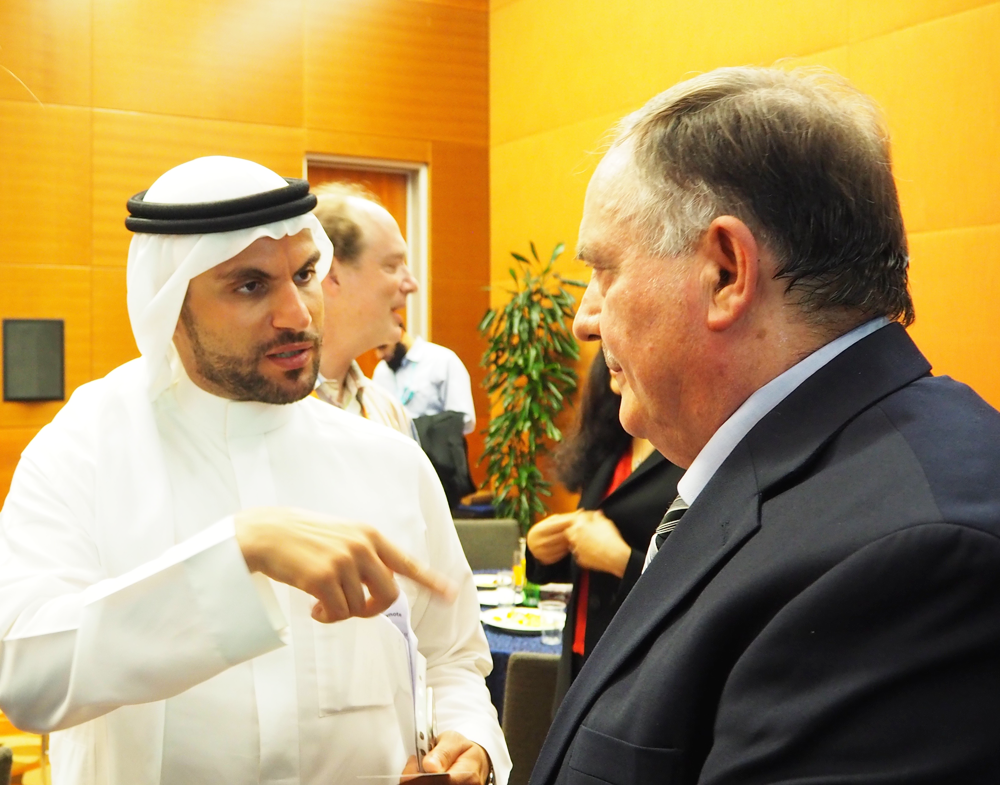 Simulation research within EXPEC-ARC and is a Saudi Aramco Fellow, shared new information about TeraPowers, the next-generation reservoir simulation model that will carry the company’s modeling efforts deep into the 21st century.  In his talk he indicated that partnering with KAUST’s Extreme Computing Research Center and its unique computational resources, such as the Shaheen II machine, provides great promise and new opportunities for the company and the industry.  “We are taking the grid size down significantly,” he said, referring to the shrinking area of reservoir rock that can be simulated for its future production characteristics.  He expressed great excitement about the capabilities of KAUST with both the ECRC and ANPERC conducting strong research.

Professor Clay Radke of Berkeley weaved a fascinating story on oil and water wettability at pore scale and received a great deal of attention from the participants.

For ANPERC, the lasting value of the KAUST Athenaeum on Multiscale Imaging will be seen in the center’s development of its research road map for both experimental and numerical research into reservoir engineering and production.  Patzek, summarizing his thoughts about the talks and the interactions of the participants, said: “The presenters and participants were truly inspired and the meeting was enchanted.  Beyond that our Athenaeum demonstrated that in order to reach a higher level of ultimate oil recovery in complex reservoirs, work in interdisciplinary, integrated teams is a must as is timely exchange of information between industry and academia.”

Click here for a short video on Athenaeum on Vimeo.

The KAUST Athenaeum on Multiscale Imaging would not have been possible without the generous support of the KAUST Office of Sponsored Research and the KAUST Industry Collaboration Program, Industry Engagement Office. 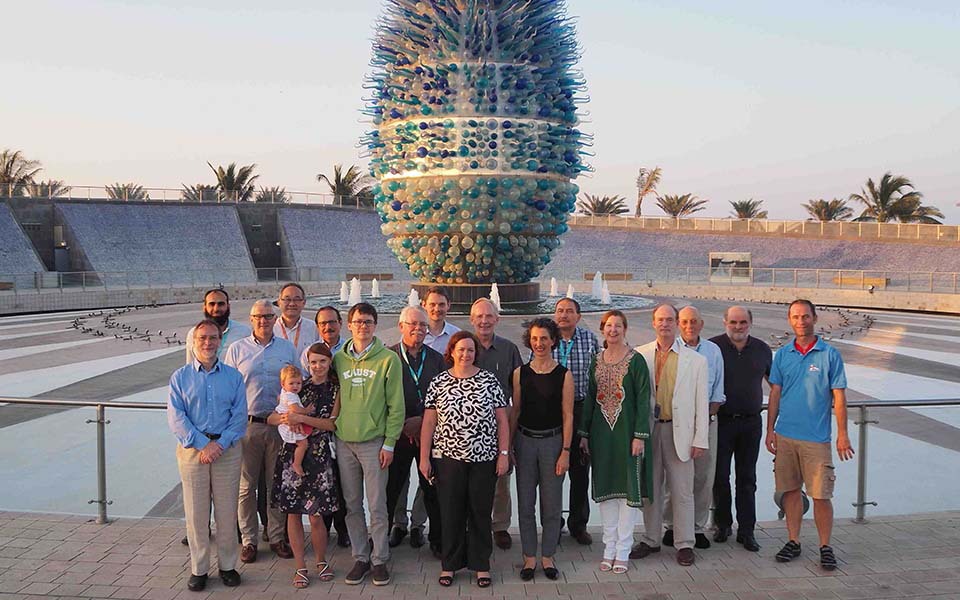