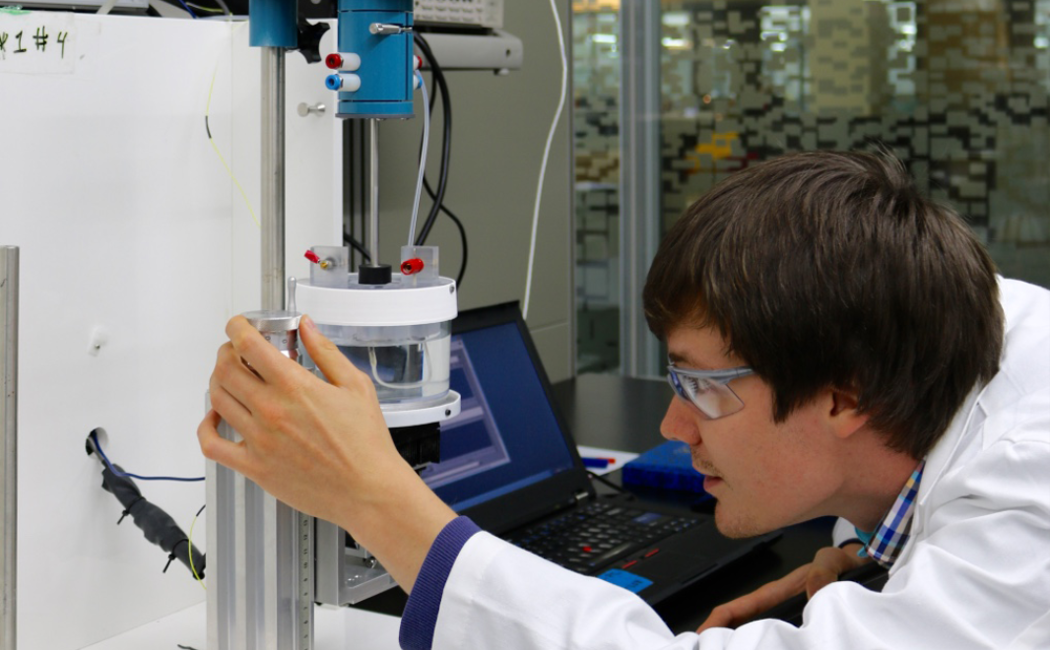 ​​The Ghawar oil field, located in Eastern Province of Saudi Arabia, the largest oil field in the world is on production for 60 years and is rapidly maturing.

Ali I. Al-Naimi Petroleum Engineering Research Center (ANPERC) at KAUST intends to help oil and gas companies like Saudi Aramco in finding oil-recovery methods that can extract at least 10 percent more oil from the Ghawar and other fields. Explaining the standard methods, Prof. Tad Patzek, Center Director at ANPERC, mentioned the problem his team has been working on. “In the standard oil recovery method, a well is drilled in the reservoir; due to high pressure, oil starts flowing to the surface. Pressure then quickly decreases, and oil stops rising to the surface. That is when pumps are needed, but after a while pumping becomes insufficient, and one needs water to build pressure in the reservoir.”

“Upon injecting water, “he continued, “oil production picks up, but again it declines. At that point, many pore volumes of water are being injected (and must be disposed) with minimal oil production. What to do in this situation? What next?” he asked.

“That’s a very important question for Saudi Arabia,” he added. “We have invited Prof. Clayton(Clay) Radke to KAUST because he has extensive experience in dealing with rocks, oil, and the surfaces between them.”

Radke, a professor of Chemical Engineering from University of California, Berkley, a member of the prestigious US 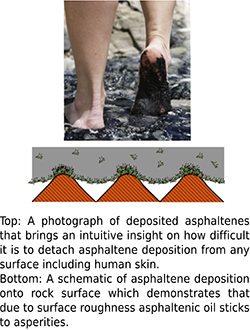 National Academy of Engineering, is visiting ANPERC to work on this problem with Patzek and Research Scientist Maxim Yutkin. “The sticking of oil to rock surfaces makes recovery very difficult. Our goal is to understand how unsticking this oil might be possible and how we can achieve that,” said Radke. ​

In Saudi Arabia, roughly 50 percent of oil is produced from reservoirs but to increase this production, new methods are required. “The prevailing wisdom today is to inject seawater, perhaps diluted with fresh water by a factor of two or more, and amend it with additional salts and chemicals to make oil recovery higher. We hope that by doing so 10 percent more oil could be recovered,” said Patzek.

​In the last 30 years, no scalable mechanism for additional oil recovery in carbonates has been proposed. Numerous universities and companies have studied improved or enhanced oil recovery strategies, but without much of focus on carbonates. “One can argue that 60 percent of oil still remaining in reservoirs is locked in carbonates. Carbonates are very important and not very well understood. Our goal is to improve oil recovery from carbonate reservoirs,” said Radke explaining the project.

The team at ANPERC is testing their theoretical findings through lab experiments. Yutkin has been setting up the lab, 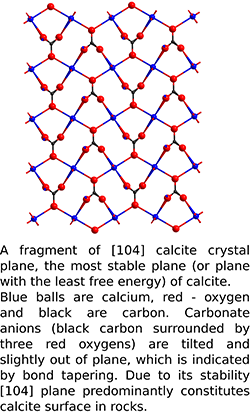 purchasing equipment, chemicals, and consumables and utilizing a unique ZetaSpin apparatus to quantify adhesion to rock surface. “I take a piece of rock, put it in a solution of pure water and spin it. Spinning generates voltage, which we can measure and then infer how the rock surface will attract or repel oil or other substances. The rock, however, dissolves in water little by little, one may not see it, but it releases some ions, so the composition of water solution changes. We are trying to change the salts to get the oil off; we also have to understand better what the rock is doing.”

The team’s next step in discovery is to validate their conceptual ideas experimentally and see if using them will actually improve the level of recovery. The process can take years as it is complex and time consuming.  To eliminate uncertainty, the team wants to devise experiments in such a way as to eliminate sources of error through experimental design. They emphasized that measurements should not only be accurate and precise but also be appropriate for the application.

The results of this research will not be limited to KAUST and the academic community, but will benefit Saudi Arabia and on a larger scale the whole world.

In the end, Patzek described the essence of the problem through metaphor of sailing. “This problem is important, interesting and challenging. Think of yourself on a boat; you don’t know where you are going, the wind is strong, there is a shore and you don’t know if you are going to crash on a rock or you’ll find a port but you still keep sailing. The excitement of sailing, not knowing where the port is, is called research.” 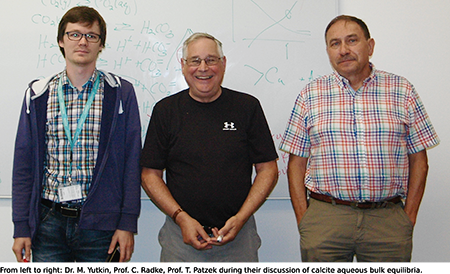 Clayton (Clay) J. Radke is a professor of chemical and biomolecular engineering at University of California, Berkeley. Dr. Radke’s research focuses on interfacial and colloidal technologies where phenomena at phase boundaries influence overall behavior. His research is rigorous and quantitative, blending fundamental theory with experiment. He won the Proctor & Gamble Colloid Chemistry Award of the American Chemistry Society in 2003, the John Franklin Carl Award of the Society of Petroleum Engineering in 2011, the Chemstations Research Lectureship Award of the American Society for Engineering Education in 2013 and University of Washington Alumnus of the Year in 2015. He was elected to the National Academy of Engineering in 2015. Dr. Radke is devoted to teaching. He has lectured at well over 100 university and industrial laboratories. His lectures are appreciated for clear presentation of new technical advances sprinkled with humor and illustrative anecdotes. He served as department vice chair for undergraduate education over almost two decades. He won the physical sciences Donald Sterling Noyce Prize for Excellence in Teaching in 1993, the campus Distinguished Teaching Award in 1994, and the department teaching award 9 times.​